"We have had the most incredible experience with Dr. George. She is kind, thorough, open, honest and calming. We have seen so many doctors and because of how she handled us, it was easy to trust her. In the middle of an attack for my 3-year-old, she got us right in and made all the right calls, followed up, and answered every last question I had. We have been so impressed and I wouldn't want my gal in anyone else's hands with her asthma. Dr. George and nurse Brenda are phenomenal!" 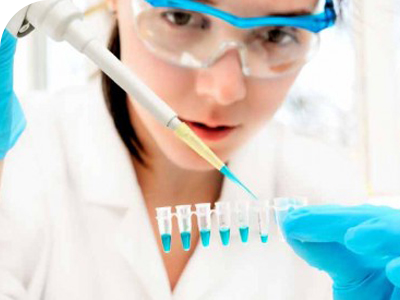 The immune system is made up of lymphoid tissue that includes the bone marrow, tonsils, and lymph nodes. These organs help to protect the body from harmful substances such as bacteria, virus, toxins and cancer cells. Immunodeficiency disorders may affect any part of the immune system and may be inherited or acquired later in life. The most common type of primary immunodeficiency is when the body does not produce enough or normally functioning antibodies, which are specialized proteins that destroy harmful substances. In addition, other causes such as chemotherapy, infections or severe burns may cause a secondary immunodeficiency. The typical symptoms of immunodeficiency are recurrent infections such as sinusitis, pneumonia, ear, skin and gastrointestinal infections. Immunologists evaluate your ability to fight infections, devise a plan for you to prevent exposures and treat some forms of immunodeficiency with therapies such as replacement immunoglobulin.

This website uses cookies so that we can provide you with the best user experience possible. Cookie information is stored in your browser and performs functions such as recognising you when you return to our website and helping our team to understand which sections of the website you find most interesting and useful.

Strictly Necessary Cookie should be enabled at all times so that we can save your preferences for cookie settings.

If you disable this cookie, we will not be able to save your preferences. This means that every time you visit this website you will need to enable or disable cookies again.